This world has an immense source of art and artists. The artists never fail to bring their best out. And with all these here is one of the art forms which is used to know we’ll, from.it cores.’The Aipan Art’, believed to be originated from the Kumaon region of Uttarakhand, this folk art has made it a vivid place all over. And it has attracted a lot of people towards itself. With this nowadays we can see various new creations on this which are so much appealing about this art.

So here we will go through the Types Of Aipan Art Designs based on their specificity and importance.

As we know that they are made at very auspicious as well as significant occasions, we can see different forms at different places, for different festivals the designs varies, their meanings and purposes vary too. The beginning of any festival is initiated by these and is believed to bring good to home. The only two colours  used here make it different from rangoli and that’s the particularity of the art.

It is made during a ritualistic pooja, as a husband and wife sit next to each other and is united with the several              types of chowk is used for different pujas.

It purposed for thread ceremony practically known as Janey constitute seven stars. the seven stars symbolise the         ‘Sapt rishi’ bordered with dot-like structures. One of the very important phases of a person’s life is when they get           married. ACHARYA CHOWKI specifically is used at this event, the acharya accompanying the groom throughout          the ceremony is given respect through this chowki. In it, there is a swastika formed in red colour on the floor with           several other seamless.

It is used precisely at the wedding venue. Especially where the bride’s side welcomes the groom’s side and at the       moment he arrives he is assumed to be the representative Narayan ‘ and is welcomed with enthusiasm. He is               made     to stand on chowk and his feet are washed and the chowk has different specific symbols all over it.

This is in the form of the wooden seat provided by the groom’s side with a yellow colour on its backside. The                petalled  lotus is drawn with two parrots on the top.

It is drawn on the ground during the month of Magh and savan, and lord shiva is worshipped. The design of eight          corners, twelve lines joining the twelve dots (as the centre of universe and world around it). 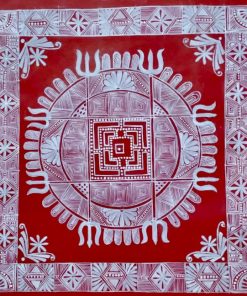 In India, Durga pooja is held two times, around April and second around Dussehra. For consecutive nine days,             this festival is celebrated around the nation with all dedication. These are believed to be the most complex                    forms. Several armed Durga riding a lion and other local divinities are symbolised all over it.

In India we all are aware of several Hindu festivals around, and the festival of lights is a important to every one of          us   almost. We are also aware that on this occasion the ‘Goddess Laxmi’ is worshipped on  puja, her idol is seated     in     the area where the event is to be carried. This way the Goddess of wealth is honoured during this festival. The       Laxmi  chowki is all to go for the event. 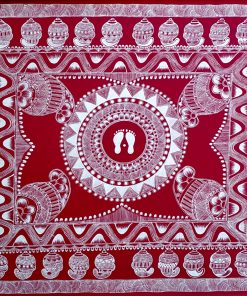 So above we went through the different types of chowkis, now let’s see at what places and things there are certain places we can make them. As they are not specified up to only a certain place we can make them certainly at any location in our houses but with keeping certain things to mind. 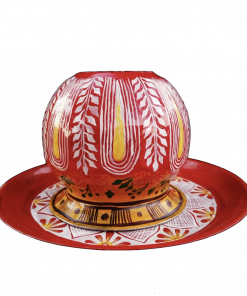 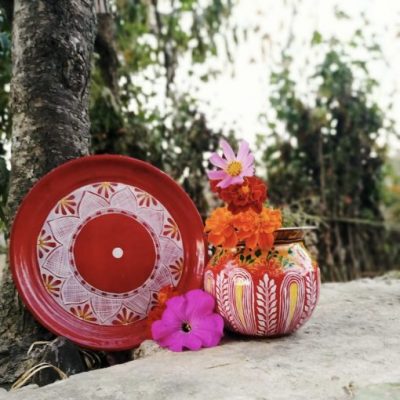 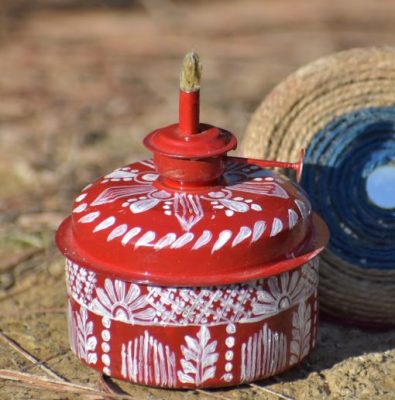 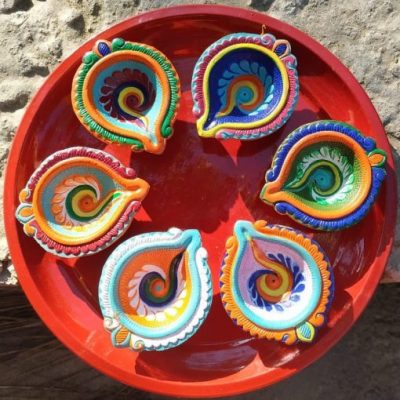 There is no limitation to art, neither to innovation. A few things I have tried other paints to and I think aipan art can be used here as well are – light bulbs, clothes, crockery, coasters, nameplates, etc.

In this way, the different Aipan designs and patterns are made all together or separately on certain occasions making them more accomplished. They may vary in designs and textures but their specialty is the same. Hence this folk art is a vital part of the culture of Uttarakhand and its people inspired by nature and myth.

As we can see lots of differences from the very beginning of the art till now. Various works are being performed in them, more changes are made and it is aimed to reach a lot of through this. The motivation, the creativity, the art itself is enough to take its place around the world and it is needed to take care of it and prevent it as it is our great asset.

Let not only the nation but the world see this. Let them get inspired and bring out the best kind of artist hidden inside. Because creativity, hope, inspiration, empathy is everywhere.